Sorbello and its ruli﻿ng Marquises. A short history of the fief betwee﻿n Umbria and Tuscany from the 14th to the 19th century 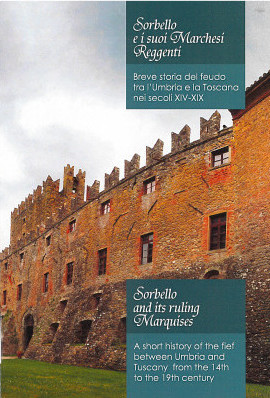 The estate of the Marquis of Sorbello was a direct imperial stronghold that lasted about 400 hundreds years and managed to mantain its indipendence until 1819 when it was finally amalgamated into the Grand-Duchy of Tuscany. The originality of the building of Sorbello castle is due to the fact that it has always been inhabited from its early origins. Consequently, it has changed with centuries: shaped by necessity first, and fashion later.

Texts in English and Italian