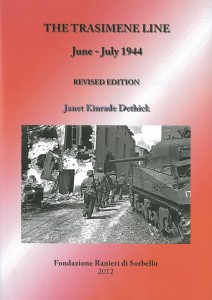 This book relates what happened along one small section of the Trasimene Line, from Lake Chiusi to the western shores of Lake Trasimeno, using eyewitness accounts from Italian civilians, written accounts from local partisans, official war diaries from the battalions involved, regimental histories, books and articles written about the battle by both protagonists and journalists, the Eighth Army News, letters and interviews with ex- servicemen and last but not least, ex-servicemen’s diaries, which they were not supposed to keep. During the ten years since the first edition of this book came out the author has continued her research into the events which took place around Lake Trasimeno in 1944 and has become aware of the importance of laying more emphasis on the days preceding the battle, both to “set the scene” and permit the events to be placed in context.